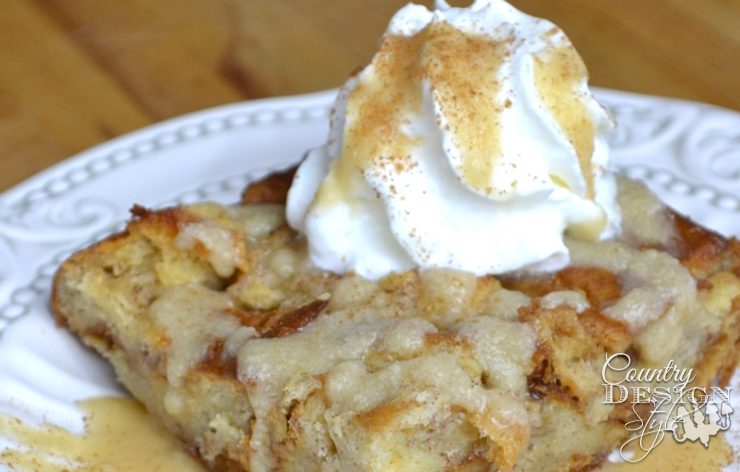 It reminds me of the liquid in rice pudding.  You know if you took out all the rice you would be left with cinnamon, sweet and creamy juice…with rum. 🙂

I’ve always thought rice pudding would be over the top made with RumChata….

so I made bread pudding with RumChata. 😕

It just didn’t seem to be a rice kind of day.

I do not post many recipes on Country Design Style.  For me to share a recipe it has to be three things.  Easy, Basic and Yummy! 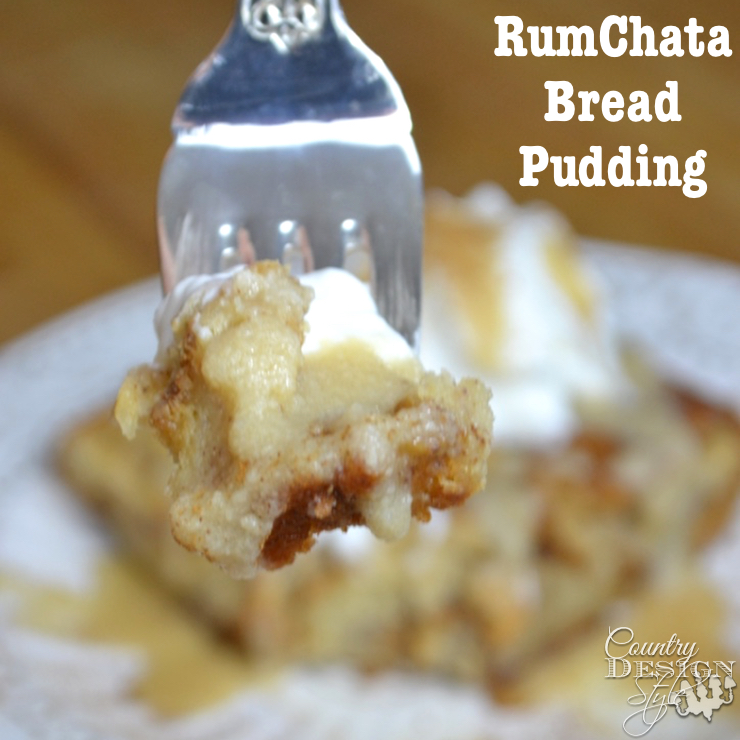 This recipe is all three. 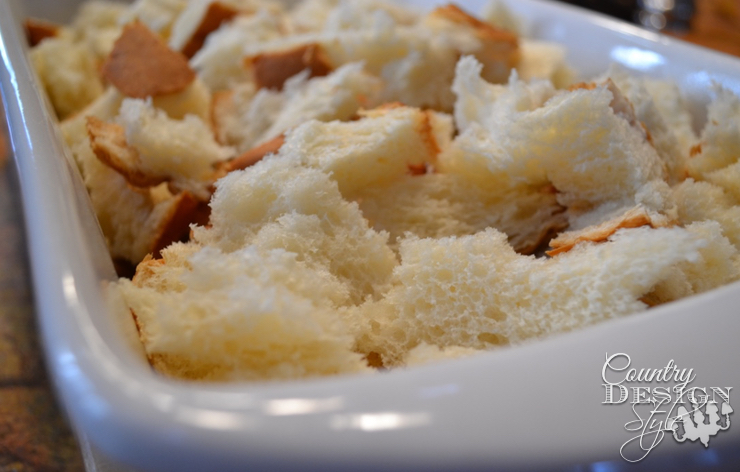 I used King Hawaiian Sweet Bread Loaf.  First, I sliced thick slices and then tore into approximately 1-inch pieces.  I like the rustic look of the torn bread.  Then added the bread to a 13 by 9 baking dish that was coated with nonstick spray. 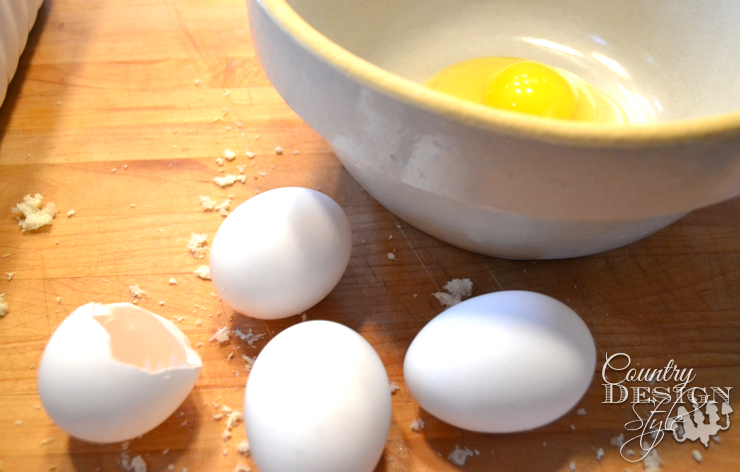 In a large bowl, cracked 4 eggs.  Then added 3/4 cup whole milk.  I would have used heavy cream if I had some and if I wasn’t watching the calories. 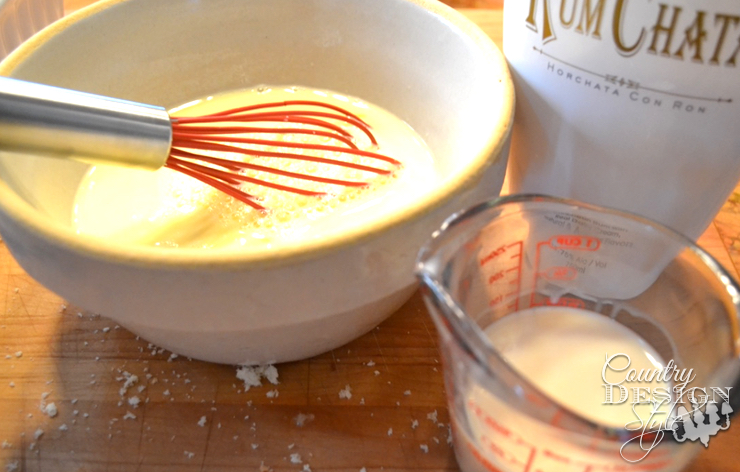 Then I whisked in 1/2 cup RumChata. 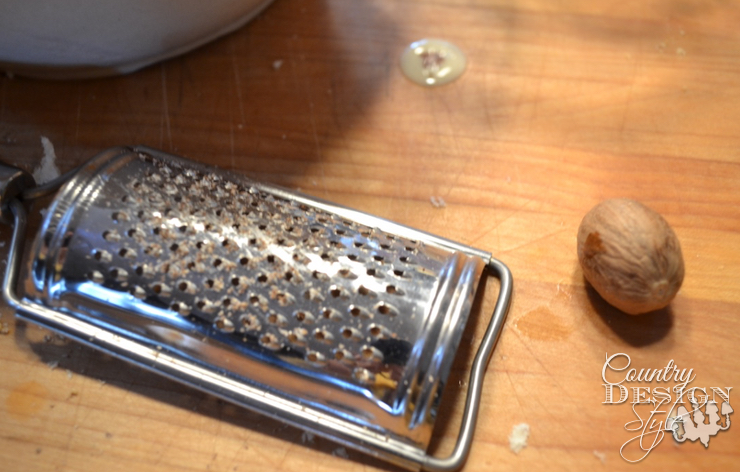 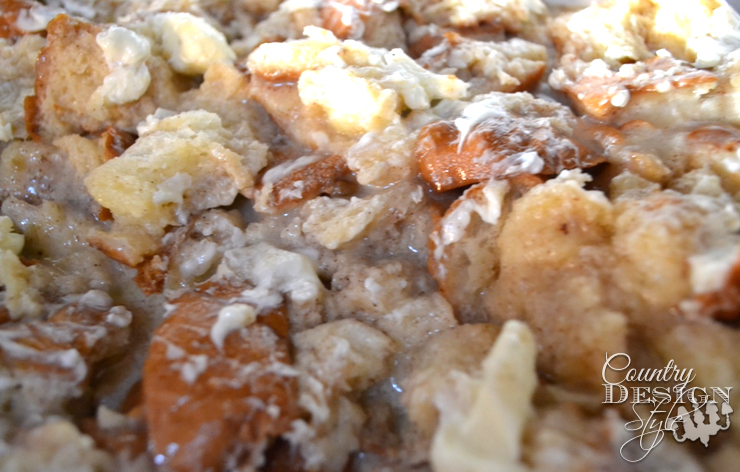 Pour the mix over the bread pushing the bread into the mix with a spoon.  Now soften 1/4 cup of butter.  I soften mine for 30 seconds in the microwave.  In 30 seconds, very cold butter doesn’t melt completely in our microwave.  I pour the almost liquid butter over the mixture and spread the softened butter around on top.  This helps to turn the bread golden brown. 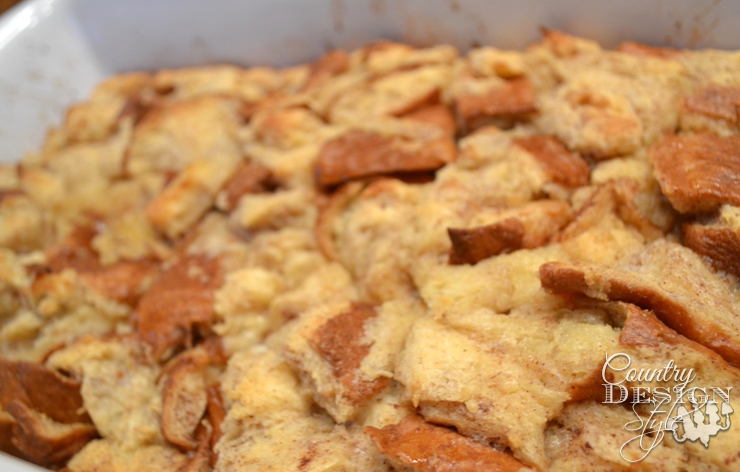 Just like this!  Bake the soaked bread in a 350-degree oven for 1 hour.  You will be drooling from the smell coming from the pan. 🙂 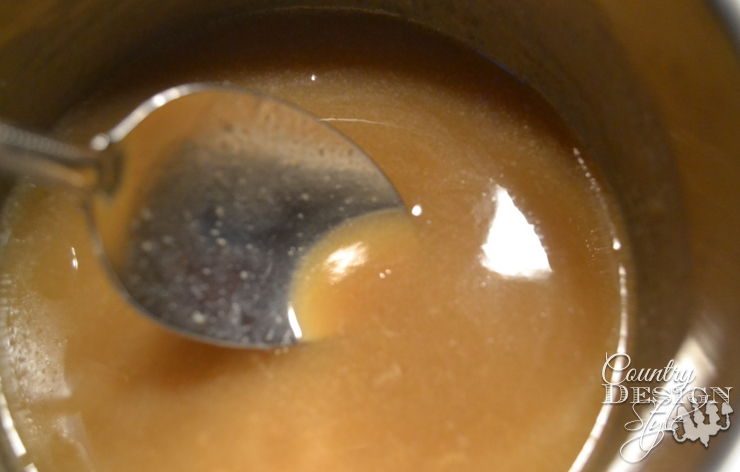 Now it’s time for the warm RumChata sauce.  I add a 1/2 cup whole milk {again you can use heavy cream} and 1/2 cup brown sugar along with 1/2 cup of butter to a small saucepan.  Stir over a medium heat. 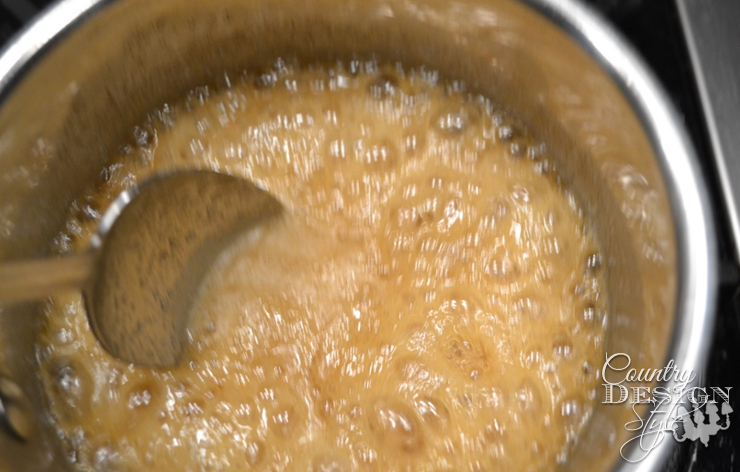 I let the mixture come to a boil for one minute.  Remove from heat and stir in 1/2 cup RumChata. 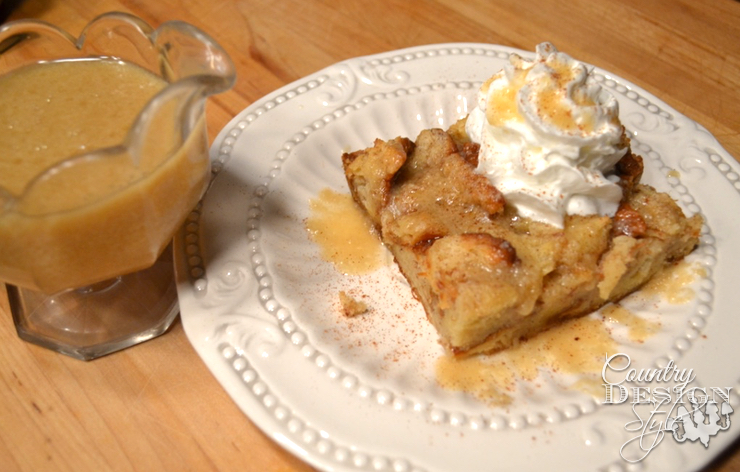 Pour the warm RumChata sauce over servings of bread pudding.  Top with whip cream and a sprinkling of cinnamon. 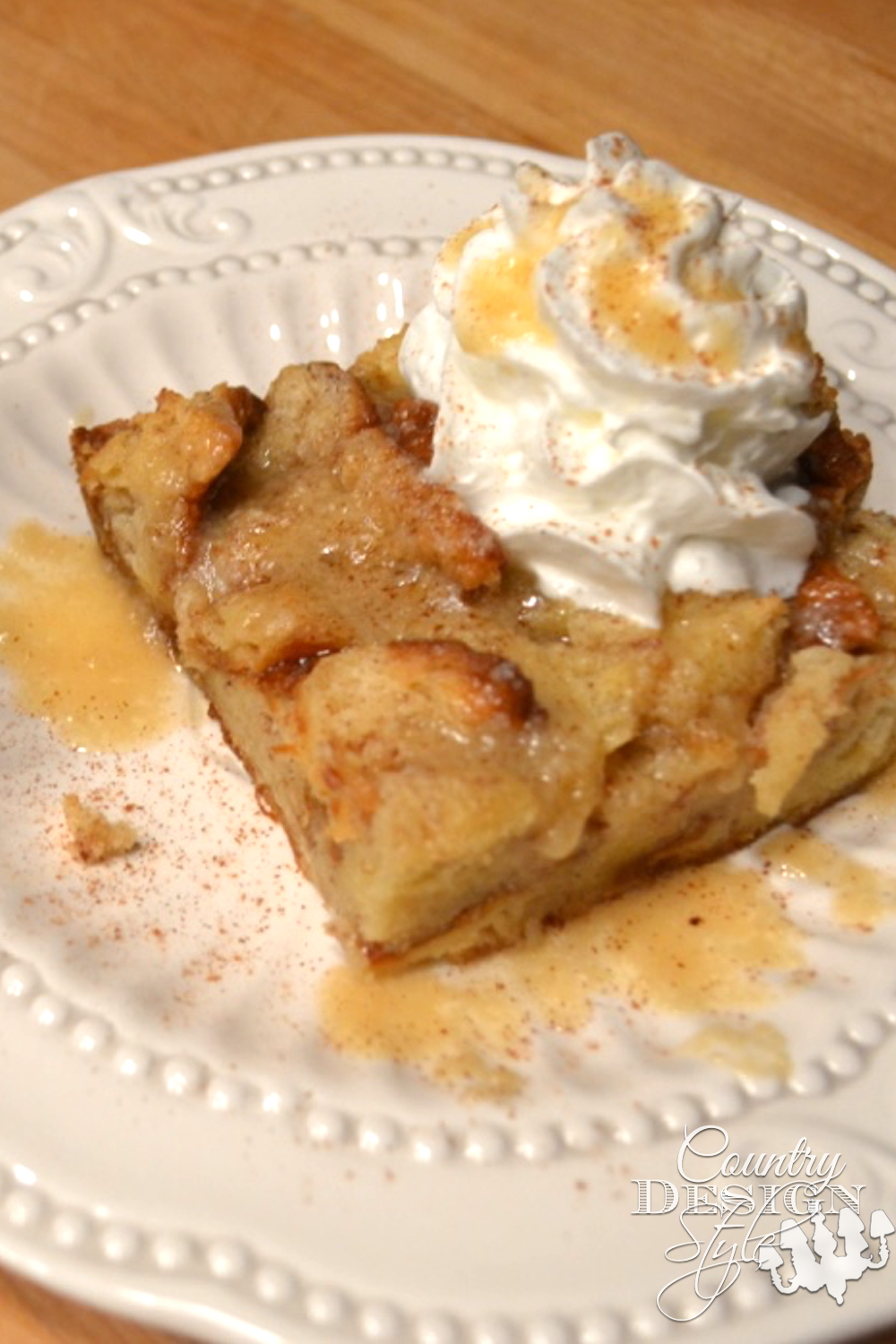 This is Christmas on a plate!  It’s also New Years Day, Valentines, Fourth of July, and any day on a plate! 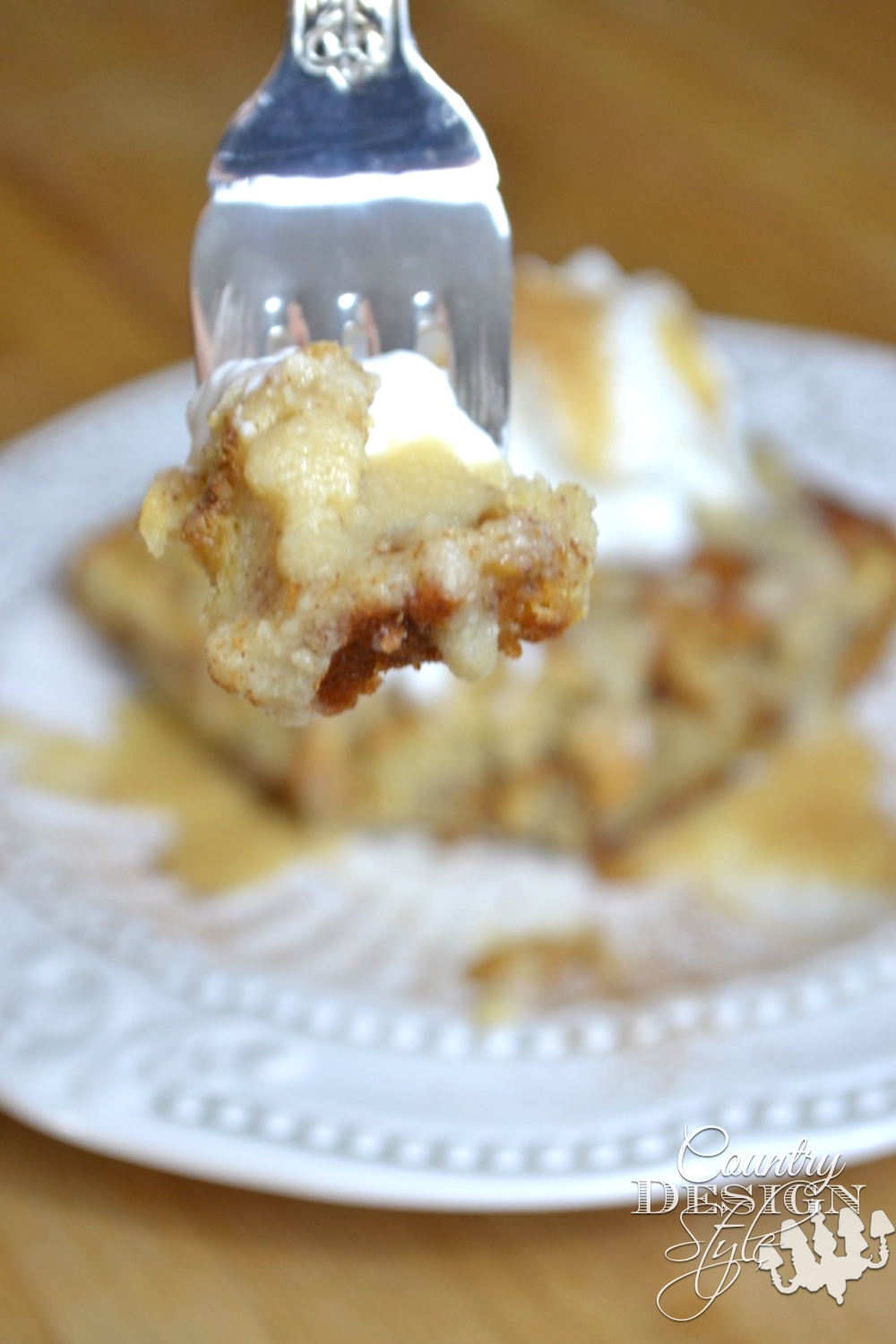 And here’s your printable recipe.  Enjoy! 🙂 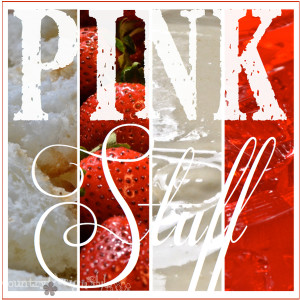 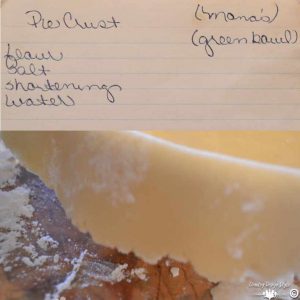 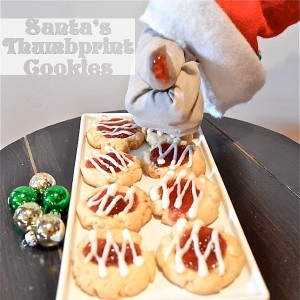