A simple idea to make cookies for simple dads and simple kids.  There are almost healthy with a bit of sweetness. 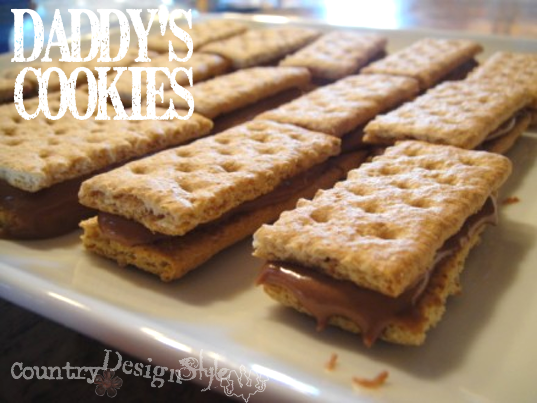 Cookies my dad made.  No matter how hard I try I can’t make daddy’s cookies as special as he did.

Being the sweet and simple man he was, he would make chocolate graham cracker cookies for holiday and family occasions.

Dad could cook. He made AWE-some spaghetti, spicy hot Mexican food, and after two tours in Vietnam pretty good…hum….I’ll call it Asian food?

Anyway, dad was not the baker….mama is.

But on special occasions, we would get a sweet treat. 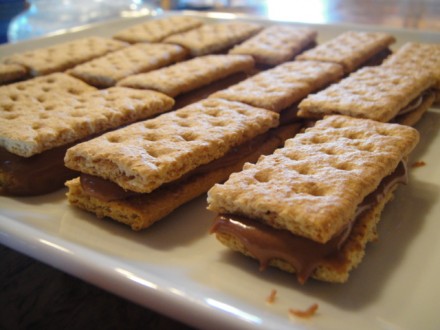 How daddy made them

Simply mix a cup or two of powdered sugar, with a teaspoon or two of cocoa powder, add a splash of vanilla and mix a teaspoon of water at a time until you have the desired consistency…stiff enough to sit on a graham cracker!

Smear the chocolate goo onto a graham cracker and top with another one. 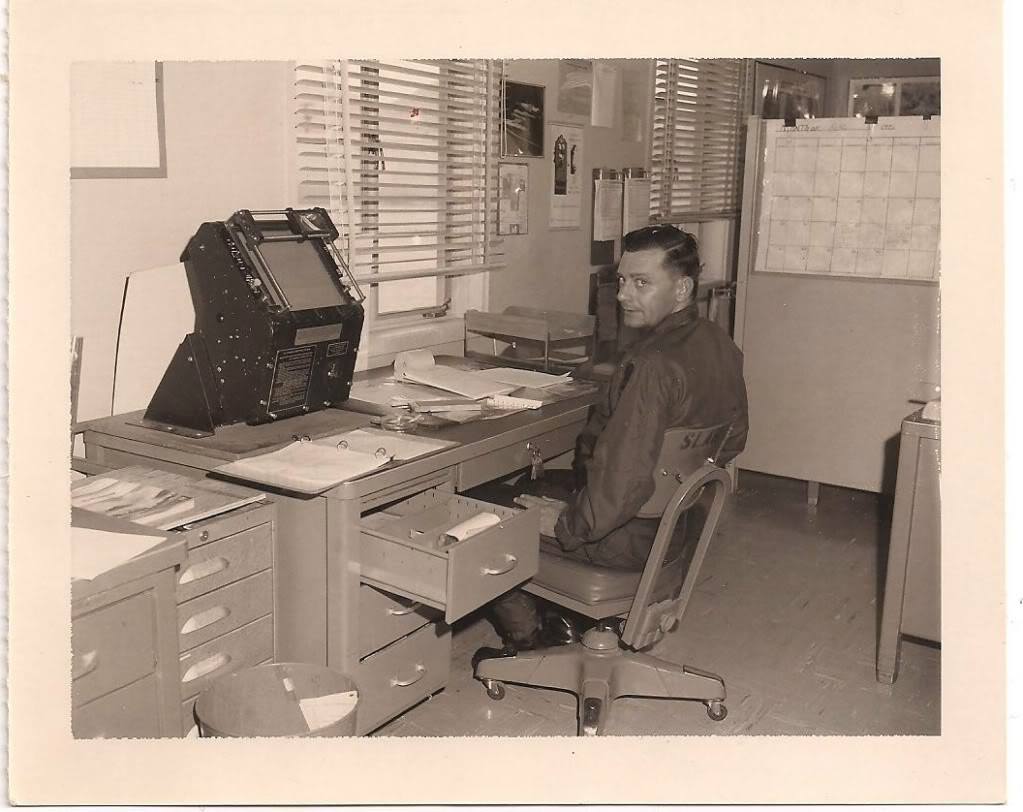 Daddy – in the Army.

We would start eating them as fast as dad could make them. 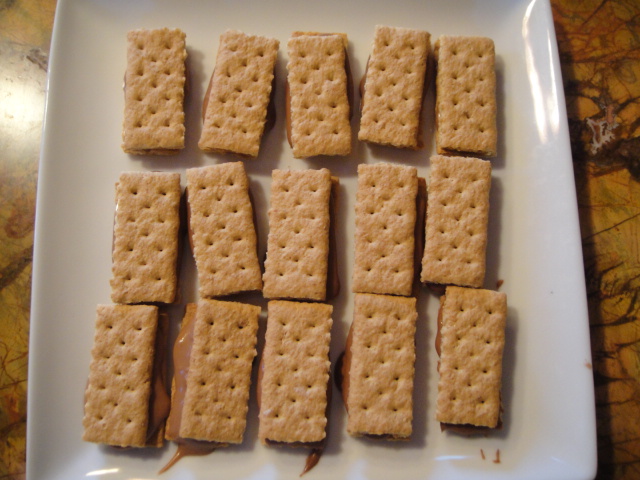 Dad returned from Vietnam when my twin sisters were almost two years old.  Daddy to them was a picture on the end table in the living room.  My brother was 8 and I was 14.  We drove 100 miles to the Airport in Oklahoma City to pick him up.  Imagine the twins surprise when the picture can alive!  The twins were a bit afraid of him.  Daddy’s hurt showed in his eyes only.

Daddy’s hurt showed in his eyes only.

We scampered into the car.  Mom drove with Dad in the passenger seat.  All four of us kids were in the back seat.  I’m still wondering who didn’t have a seatbelt!!

Mom started the long road back home.  The twins peered at Daddy.  I wondered what they were thinking.

Now for some reason, we had a box of saltine crackers in the car. Mom might have used them to keep the twins calm. They were a handful in my 14-year-old mind.

One of the twins, {notice I simply call them “twins.”  They were identical and we did mix them up often.} got into the cracker box.  She wary reach a cracker out to Daddy.  Then laugh and giggle as he gently took the cracker and ate it.  Not to be outdone the other twin did the same.

This continued for 100 miles.  Remember this was back in the 1970s.  Fast food and convenience stores were not along the 100 miles of road we were on.  Dad ate every cracker offered…and not a drink in sight.  I knew he didn’t want the twins to stop offering and he would eat each one offered.

I hope my brother doesn’t read this.  When my brother was about 5 years old he caught a grasshopper.  He ran to the house to show dad, while the grasshopper wiggled in his palms.  Dad reached for a jar thinking he would like to keep it as a “pet.”  But no!  He announced he wanted to eat it!

Dad grabbed the cast iron skillet and fired up the stove.  While my brother wasn’t looking, he replaced the grasshopper with a small piece of bacon.  To this today, my brother thinks grasshoppers taste like bacon. 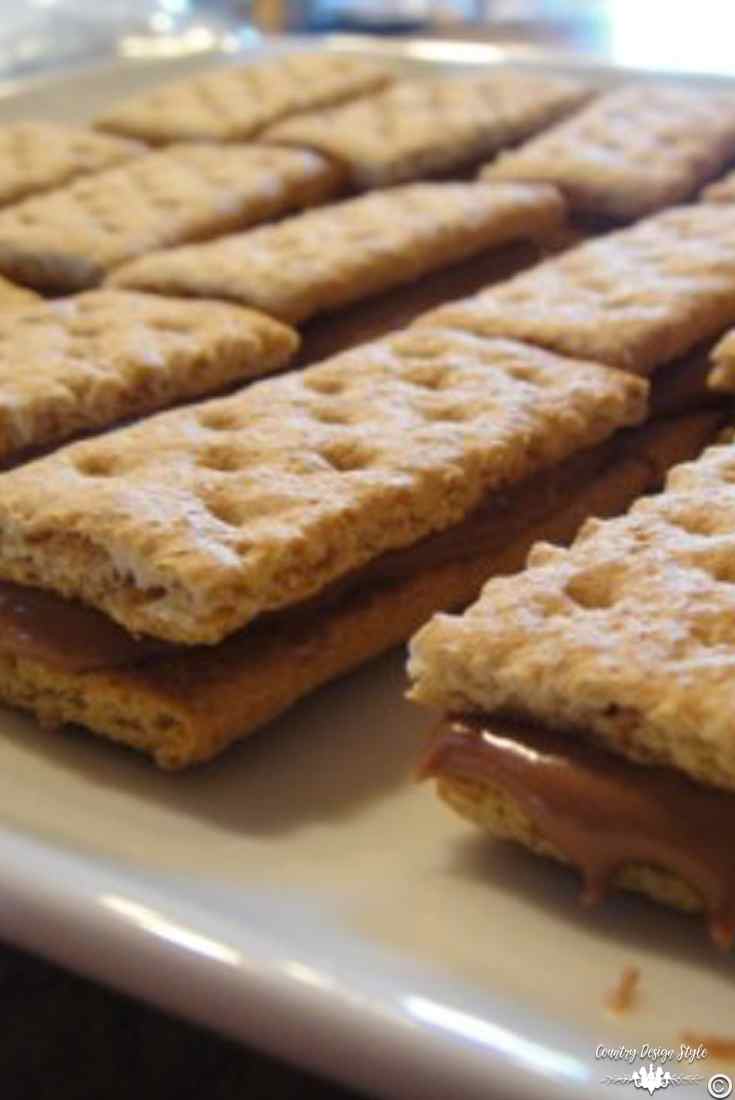 Thank you, Daddy, for all the sweetness.